Companies that do not pay on time to be reported

The business world would be a much nicer place if every business paid its suppliers on time. But they don’t! and often its larger companies that are guilty of late payment. You run a business and so do they, you pay on time, they don’t, and there is nothing you can do about it. Well that could be about to change! 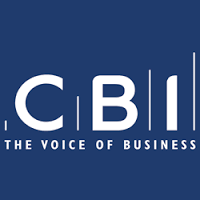 While late payment can and does affect businesses of all sizes in all industries, the CBI has found that it particularly affects growing businesses. CBI research shows that on average small to medium sized enterprises are owed £39,300 in overdue late payments. A shocking statistic that shows just how serious the problem of late payment is.

The latest figures have prompted the CBI to call for action, in addition to company payment information being published online, they would like to see this information included in companies annual reports. Payment information on all UK companies would then be available for public scrutiny at Companies House, allowing small and medium size businesses to check on the payment history of larger companies before extending credit.

A CBI spokesman explained: “While one of the key factors in building a successful business is having good working relationships with your customers, there is far too much bad payment practice that must be challenged, the whole culture of late payment and its effect on business must be challenged.”

“We are actively pursuing the proposal of statutory legislation to force companies to publish their payment performance online and at Companies House. This information will not only be valuable to suppliers, it will also highlight just how poor the payment history of some the UK’s largest companies really is.”

The CBI is currently preparing a Government consultation on business payment practice and the duty to report late payment, which includes calls for:

Do we already have a Solution to the Problem

Although it will never happen, if late payment legislation became mandatory with late payment interest and compensation being automatically added to all commercial invoices in the UK, the culture of late payment would disappear overnight.

Starting a Business in a Pandemic Recovery

Unless you’ve been off-planet for the last 18 months, you’ll be aware the pandemic has hit the world’s economies large…

Crossing the Boarders with Debt Recovery

Balancing the books of a business is very different to making sure you’ve got enough money until payday. That is…